How to Connect Your Air Tools

For those who have been using air compressors for years now, the task of connecting air tools can be quite simple. But for someone who is new in the game, the whole thing could seem like a mystery. This post intends to solve just that for you.

Most air compressors come with a discharge coupler. If not, then you would notice air flowing out of the end of the air line from the tank when you ran the air compressor. That air path could flow through the air regulator on your air compressor and out the air line’s end. It is actually that coupler installed at that line’s end that keeps the air inside the tank until the time you have to use it.

The discharge coupler on your compressor has that flap check valve or little ball inside it that prevents the air from flowing through it until you actually plug in the mating connector.

When your air compressor has run enough and the tank is full, then all that compressed air in the tank is all yours to be used. The only question now is, how do you get that air from the tank to the air tool?

First of all, what you need is a flexible air line or hose that will carry the compressed air from the tank all the way to the air tool that you want to use. On both ends of that hose should be connecting devices. If you only have male threads on either end, you are going to need additional connectors and couplers.

The right side of the connectors of the same while their left side varies a little. The latter side shows a male or female side. That means it has to be connected to the opposite variety for it to work. Often air hoses come with only male threads on their ends, so you have to buy a connector with a female thread to thread onto the male connector on one end of your hose.

On the other end, you need a checked coupler (which means air cannot flow without a mating connector plugged into it). A connector which is usually threaded into the air supply port of your air tool would be inserted into the end of the coupler.

Remember to check that your coupler and connector match as not all are compatible! When you’re done with the steps you’re all ready to use your compressor to power your air tool! 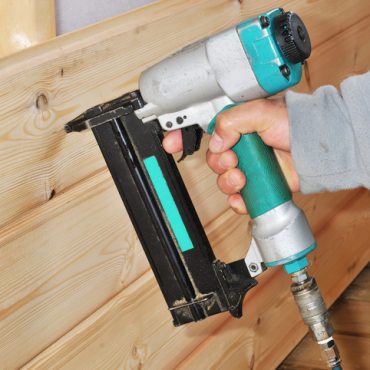